“It’s a unique opportunity, working in Aruba. Be open to learning new things and have some patience.”

Josina has been working in Aruba for three and a half years. She started with a temporary project on the IC ward for two months. After that, she stayed working and living in Aruba with a few short stays in the Netherlands, where she’s from.

Another way of life

Life in Aruba is very different to life in the Netherlands. It takes a lot of adjusting at first; everything goes at a calmer pace, the weather is warmer and you don’t really know any people or the island itself. It really tests your patience (and that’s quite the feat for a Dutch person). After a while, you start to get used to it and you notice people here are very relaxed. In the Netherlands, there’s a lot a stress and diaries are overbooked. In Aruba, most ‘plans’are spontaneous, like clubbing and barbecues.

Accommodation is arranged by the hospital for the first four months. I got an apartment across the road from the hospital. The apartments were really tidy and had a nice feel. The hospital also arranged a car. Having a car is important in Aruba. There’s not really a public transport system and biking isn’t easy.

After those four months, you have to find your own accommodation. I found it quite easy, as many houses and apartments are offered on various Facebook groups. I found a home close to the hospital. The main reason is because the area near the hospital is quite nice, the shops and beach are also close by. You can also live on the other side of the island, colleagues of mine did. It’s all up to you.

Different culture to mine

The culture in Aruba is definitely different to that in the Netherlands. What I found particularly difficult, for example at work, was giving feedback. Negative feedback is taken very personally, even when it’s not meant like that. In the Netherlands, we’re very direct, but in Aruba, people are very ‘polite’. They don’t want to offend or upset anyone. It took a while to get used to, but you find ways to deal with it.
The language in Aruban hospitals is mostly Dutch. English is spoken with international colleagues or with tourist who are in the hospital. It’s very appreciated if you can speak some Papiamentu. Especially older patients really like it and I’ve noticed people can express themselves better in their own language. If I had known, I would have prepared better in the Netherlands. But if you’re staying on the island for a longer period, the hospital offers a Papiamento course.

The hospital arranges everything

It’s nice that the hospital arranges basically everything for you, for example a work permit, accommodation, a car. When you arrive in Aruba, you don’t know anyone. It’s important to make contact with people who have been there for a longer time. They can show you around this lovely island. So it really is an advantage if you’re a social person. And you really shouldn’t go to Aruba with the intention to change things. Imagine, every month new people arrive on temporary projects and it’s not really appreciated if they arrive with that kind of mindset. Be open to knew things. A colleague once told me, “it’s not crazy here, just different.”

Good care on a small island

Specific treatments are harder to do in Aruba and can’t always be offered. It’s a small island, so many patients are flown out to other countries, like Colombia, where a certain operation can be done. It wastes a lot of (scarce) time. But with the limitations they have, the health care in Aruba really is good. And it’s improving, many treatments and operations are becoming possible. They recently opened a cardiac catheterisation room, which offers many opportunities for the population in Aruba.

At the moment, I’m working and living in the Netherlands. I’d love to go back to Aruba on temporary projects in the future. I went there on holiday recently to visit my friends and (old) colleagues. Aruba has a special place in my heart and it’s somewhere I love being.

If I could give one piece of advice to people who are going to work in Aruba or anywhere else in the Caribbean, enjoy it! It’s a unique opportunity, working in Aruba. Be open to learning new things and have some patience.

Want to work in the Caribbean?

Apply directly on our website. Do you have questions? Read more about working in the Caribbean or contact us. We’re here to help! 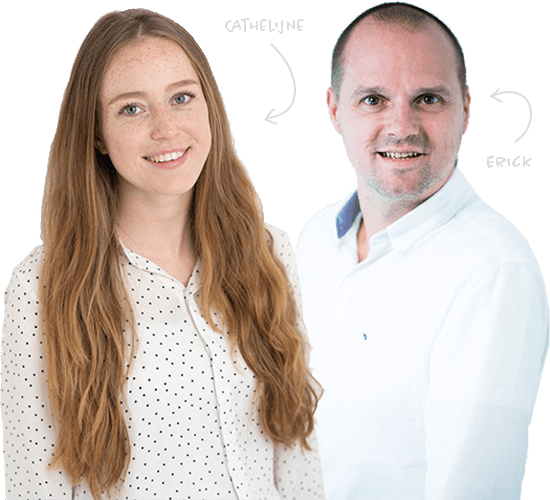