Have you always dreamed of working abroad? This is your chance to work on Aruba! The medical facilities in Aruba are excellent. There is a modern hospital in Oranjestad and a medical centre in San Nicolas. When you work in Aruba you get complete guidance from Korint. We arrange all your documents and permits, and we help you find accommodation. You can enjoy every second of your time in the Caribbean, let us worry about the necessities. 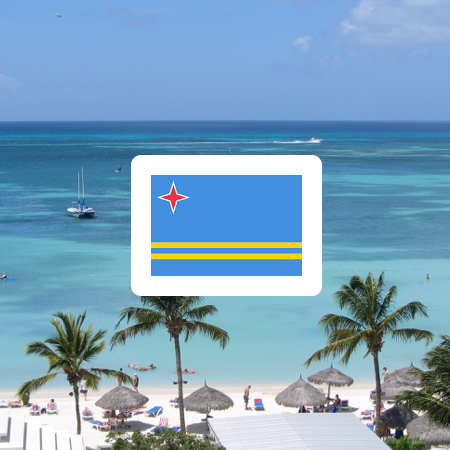 Aruba is a beautiful island in the mid-south of the Caribbean Sea. Together with Bonaire and Curaçao, Aruba forms a group referred to as the ABC islands. Collectively, these and the other three Dutch substantial islands in the Caribbean. These islands are often called the Dutch Caribbean. the capital of Aruba is Oranjestad. The island covers around 180 square kilometres and is populated by 120 000 inhabitants. One important aspect of Aruba’s multicultural society is language. A variety of languages are spoken in Aruba. The two official languages are Dutch and Papiamento, most inhabitants also speak English and Spanis. Unlike much of the Caribbean islands, Aruba has a dry climate. With a constant temperature of 28 degrees Celsius Trade winds cool the island, making lying in the sun on one of the many beaches much more tolerable.

This website uses cookies to improve your experience while you navigate through the website. Out of these cookies, the cookies that are categorized as necessary are stored on your browser as they are essential for the working of basic functionalities of the website. We also use third-party cookies that help us analyze and understand how you use this website. These cookies will be stored in your browser only with your consent. You also have the option to opt-out of these cookies. But opting out of some of these cookies may have an effect on your browsing experience.
Necessary Always Enabled
Necessary cookies are absolutely essential for the website to function properly. This category only includes cookies that ensures basic functionalities and security features of the website. These cookies do not store any personal information.
Non-necessary
Any cookies that may not be strictly necessary for the website to function and are used specifically to collect user personal data via analytics, ads, or other embedded contents are termed as non-necessary cookies. It is mandatory to procure user consent prior to running these cookies on your website.
SAVE & ACCEPT